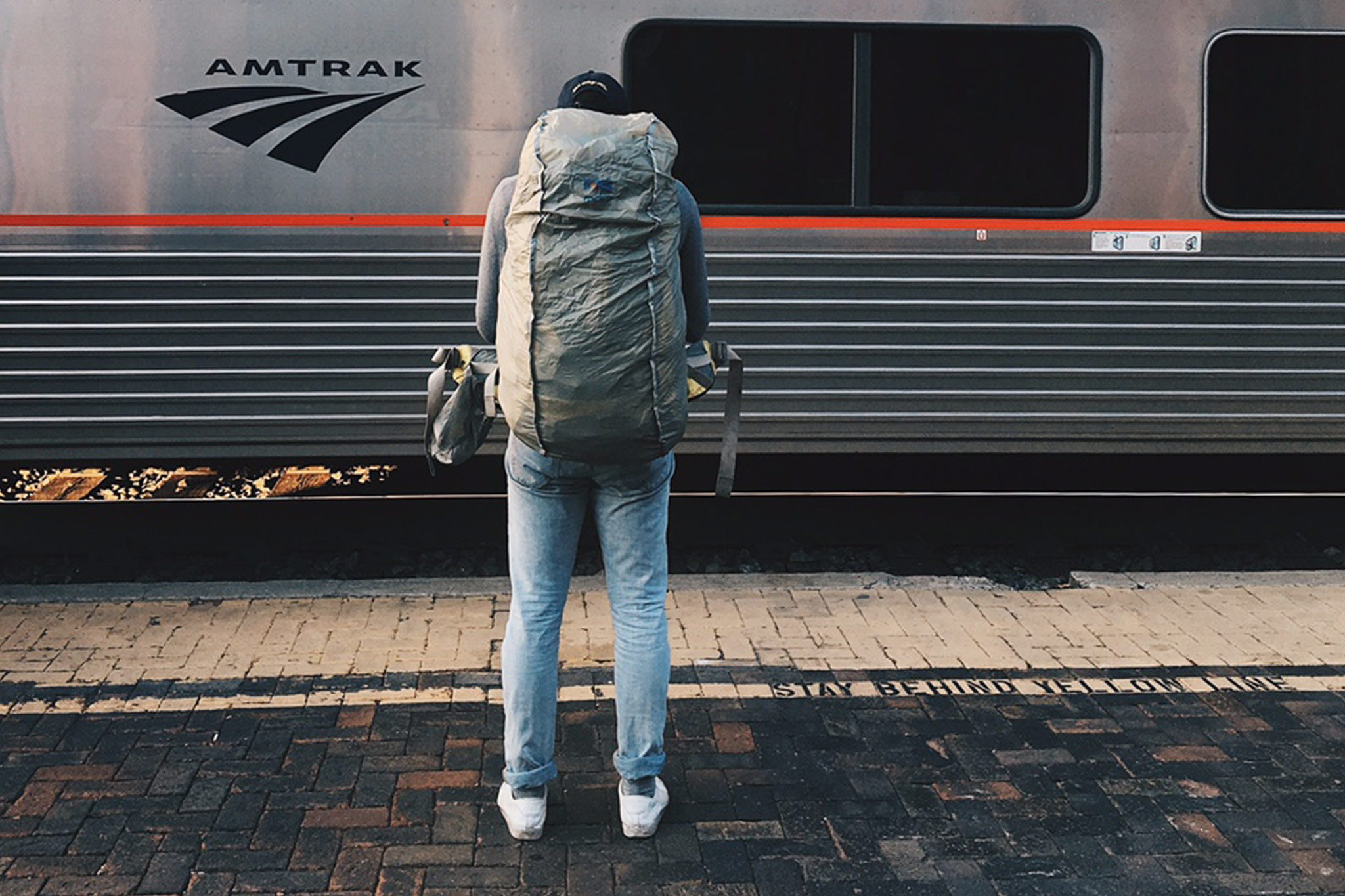 New York to New Orleans on The Crescent

When I told people I was going to take a 30-hour train from New York to New Orleans, they mostly thought I was crazy. Everyone wanted to know why I wasn’t flying.

For me, the answer was simple. I had time, I wanted to see a bit more of the USA while I was there, and I really love slow travel. If you do it right, the journey itself can become part of any trip – and a gently rocking train slowly chugging though America’s southern states is doing it right in my book. This is my review of the Amtrak Crescent – a 30-hour train ride from NYC to NOLA.

Honestly – I loved the experience. Just me, alone with my thoughts and the spectacular views, as we traveled down the Eastern Seaboard. Below are my seven best things about the Amtrak Crescent – and why I think you should consider taking the train from New York to Orleans instead of flying.

See 13 States in One Go on the Amtrak Crescent Route

From New York’s iconic Penn Station, you’ll wind your way south through 13 states on the Amtrak Crescent – including Virginia, Georgia, and Alabama. Gliding through iconic southern American countryside, you can see the country – and even the weather – changing as you head from north to south. Things warm up, the cities become less frequent, and the countryside more expansive. I left New York and its snow behind me, and woke up outside Atlanta to a wintery sunrise flickering through an autumnal forest.

Of course, by riding the rails you’ll only see these 13 states and their sights briefly. But this is a simple and relaxing way to get a glimpse of a part of the states that most British tourists never visit.

As it rolls down into the heart of the American South, the Amtrak Crescent passes through iconic cities, such as Washington D.C., Philadelphia, and Atlanta, as well as epic scenery. As it heads south, the train from New York to New Orleans crosses rivers and cuts through forests. It passes through the foothills of the Blue Ridge Mountains in Georgia and the cotton fields and Civil War battlefields of Alabama. Finally, the Crescent arrives into the bayou country of Louisiana.

Although it’s possible to book individual seats on the Crescent, I don’t recommend it if you’re travelling the full route. Instead, there are a couple of different cabin options. I stayed in a Viewliner Roomette in the sleeper cabin.

Roomette is a pretty accurate name; this is a very small cabin but the compact design means everything fits in really well. During the day there are two seats facing each other across a small table, and at night they cleverly fold out into a bed while another bed pulls down from the ceiling. There’s also a toilet inside the room and a fold-down sink, which feels a little bizarre as it’s right next to the bed. It also might make sharing the room awkward, so bear that in mind!

Some of the other bedroom options have more discrete toilet options and in-room showers, which is something the roomette lacks. But for a 30-hour train ride, I didn’t really need it.

From the moment I boarded the Amtrak in New York I was treated fantastically. That train just oozes the warm southern hospitality that the states it passes through are known for! James, my sleeping car’s attendant, was particularly lovely and took care of me so well. As did all the staff in the dining car – especially my waiter William. Warm, friendly, and seriously welcoming – service on the Amtrak Crescent was genuinely wonderful.

Enjoying the Amtrak Food in the Dining Car

Speaking of the dining car – that’s one of the most important questions, right?! How was the food on the Amtrak train from New York to New Orleans?

It was actually pretty good. I had low expectations, because I figured preparing decent food in a tiny, rocking train kitchen must be a nearly impossible task. But all my meals were tasty and well presented. And compared with plane food, the Amtrak wins every time. Wine that doesn’t taste weird, real plates and cutlery, and food that wasn’t microwaved in a tin foil box – it’s basically heaven! And you can’t beat the views as you dine.

Travel for the Journey, Not the Destination

I’m not a massive fan of travel quotes, but there is one I do like. “One’s destination is never a place, but a new way of seeing things.”

Although I don’t always get the chance to these days, I always prefer slower travel whenever possible. There’s something so romantic and nostalgic about journeying by rail. Watching the scenery roll by the window on my train from New York to New Orleans, I saw a whole new side to the USA that I’d never glimpsed before. For me, it was a new way of seeing the country – and an experience I treasured just as much as my time in either city.

About the Author: Emily Luxton is an award-winning writer and travel blogger from England.

Our Favorite Winter Photos From This Year

Our Favorite Winter Photos From This Year